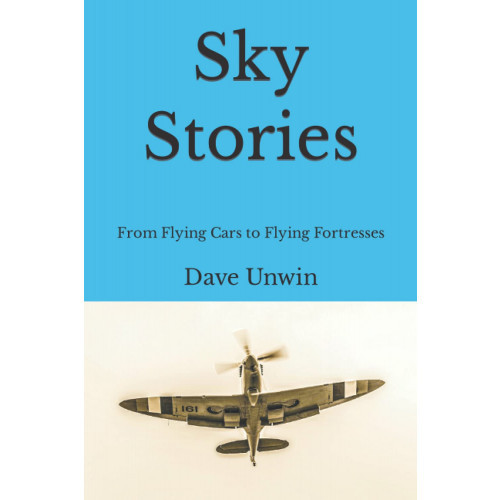 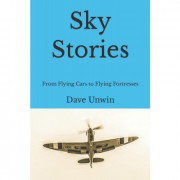 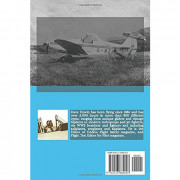 Dave Unwin is one of the UK's best-known aviation writers. He has been flying since 1985 and has over 5,000 hours in more than 300 different types, ranging from antique gliders and vintage biplanes to modern turboprops and jet fighters, via WW2 bombers and fighters, and including sailplanes, seaplanes and skiplanes. He is the Editor of GASCo Flight Safety magazine, and Flight Test Editor for Pilot magazine. Sky Stories is his first book. It is an anthology of flight tests and collection of columns. Sky Stories comes extremely well reviewed and was FlyPast Magazines "Product of the Month".

We think that Sky Stories is a fantastic read for any pilot or aviation enthusiast, but don't just take our word for it see what others had to say below:

At the end of the first chapter, the author – respected pilot, journalist, and all-round nice bloke Dave Unwin – answers the question ‘why fly?’ with three simple words: “Because I can.” Having flown since 1985, Dave has gone on to amass over 5,000 hours on more than 300 types from across the annals of flight. In this compendium of notes, flight tests, columns and thoughts, Dave takes you into the cockpit of just some of those aircraft. Exposing their details and intricacies, Dave also reveals what it means to fly them. Aircraft include the indomitable Spitfire, the quirky Taylor Aerocar, the gorgeous Ryan ST, the quite incredible Bücker Jungmeister, the Germanbuilt Schleicher ASK-14 motor glider and the single-seat Schleicher Ka 6 sailplane. From an evocative trip in a B-17 Flying Fortress, remembering the boys that flew them through war-torn skies, to a late afternoon jaunt in a Miles Falcon over the famed Cardington sheds in Bedfordshire, and the loss of one of his favourite aircraft, Dave gives just a hint of the emotions that engulf both aviation and flying. With his perfect blend of technical jargon and relaxed down-to-earth style, Dave’s enthusiasm about all things aviation is outrageously contagious – and that comes from someone who spends as much time as physically possible in the air! This is one of the most beautifully written books I’ve read. - Review by www.Aviation-News.co.uk

Every pilot who has written a book and who has flown a Spitfire writes a chapter about their first flight in one. So, not quite at random, I’ve just read three chapters from three different authors, back-to-back. First, Dave Unwin’s chapter, ‘Supermarine Spitfire TR 9’, from his new anthology, Sky Stories; then Harald Penroses’s chapter in No Echo In The Sky; and finally, ‘Spitfire’, found in Neil Williams’s peerless book, Airborne. I wanted to see how they compare and how in exalted company Mr Unwin’s book holds up. Harald Penrose, Westland’s chief test pilot, flew his first Spitfire in 1938, ‘to gain experience of the latest conception in fighters’. ‘What chance was there for an ordinary squadron pilot to fly one, even just a quick circuit, just to fly a Spitfire?’ asked Williams, a young RAF pilot in the early sixties. ‘None, it would seem.’ But grabbing the chance  to ferry a Mk IX from Belgium to Britain, he made his first flight in a Spitfire: ‘the ambition of a lifetime was at last to be satisfied’. Dave Unwin flew a two-seater under  the tutelage of John Romain some seven decades after Penrose. ‘I’m back in the cockpit of a Spitfire- but this time I’m sitting in the front,’ he writes. ‘Can it get any better? ’each of the pilot/authors writes with intelligence, emotion and knowledge. For Penrose the Spitfire heralded a gigantic performance leap into the future. For Williams, a child during the war, the Spitfire, ‘was a symbol, for they were emotional times’. Williams’s chapter, while more technical than Penrose’s is suffused with feeling, and he, like Unwin, when back on the ground simply sits awhile in the cockpit taking it all in, overwhelmed. Sky Stories contains 25 chapters of Unwin’s own writings, which have previously appeared in Pilot and other magazines. Turn to any chapter of this anthology and you will find yourself in the cockpit with him. You may find that his words help bring into focus just why we love to fly. That Unwin can be read alongside Penrose and Williams and not fall down is reason enough to spend £7.99 on Sky Stories. – Review by Pilot Magazine