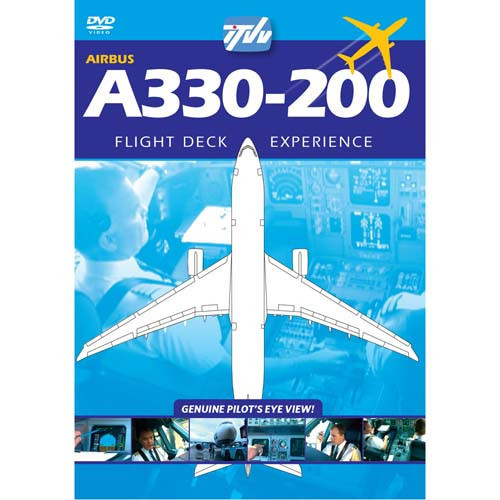 Code : 7793
Join Airtours on a flight from Manchester International Airport to Sanford, Orlando International Airport, USA.
£19.99 Inc VAT
Join the flight crew in the high-tech cockpit of an Airtours Airbus A330-200 and see just what it is like to 'fly by wire' one of the world's most advanced passenger aircraft, as it makes its transcontinental flight from Manchester in the UK to Orlando's Sanford International airport in the USA.Whether you're a budding airline pilot or back seat passenger curious to know what goes on during the flight, this is an amazing and unique airliner experience that is not to be missed!Your exclusive behind-the-scenes journey starts at Manchester's International Airport as the aircraft awaits departure on stand 27. Taking off from runway 24R and with the call sign Kestrel 029, you'll climb outbound for the Atlantic - seeing and hearing everything that happens from check-lists, crew briefings and communication with Air Traffic Control until your arrival and shut-down.The experienced aircrew will give you a guided tour of the Airbus' flight deck as you establish in the cruise at 35,000 feet. Amongst the many systems explained are the electronic management and glass cockpit systems such as EFIS, FMGS, MCDU and the overhead panel. The Captain will also explain some of the differences between the A330-200 and the Airbus A320.Naturally there's more than the 'office' to look at and you'll see views of departure, in flight and approach and landing with multiple camera angles both from the cockpit and outside.Digital Stereo Audio - Experience stereo audio of the highest quality. All the audio for the Platinum Collection programmes is recorded using the latest digital audio recorders to bring you crystal clear audio enjoyment.Digital Video - The Platinum Collection range of programmes are all shot on digital video tape to ensure the highest quality pictures available. ITVV have always been at the forefront of modern technology to bring you the very best in quality aviation viewing.Digital Editing - The Platinum Collection are all edited "in-house" using ITVV's own digital edit facilities, like-minded aviation enthusiasts and professionals which brings the added advantage of been able to take time to ensure you get to see what is of real interest and on DVD jump right to the part you want instantly!Multi-Camera Shoot - Every programme in this range has been recorded using a minimum of six, full broadcast, digital cameras to ensure the very best in viewing. By utilising so many cameras we are able to bring you the variety of shoots that you would expect from an ITVV programme - the next best thing to being there!Air Traffic Control - Listen into the air traffic control at the most important phases of our flights - again using digital audio you can hear the actual audio that the pilots themselves hear.Join the flightdeck crew - By bringing you this wide variety of pictures along with stereo audio you will feel as though you are actually a part of the flightdeck crew! Witness the tension as the aircraft is rolling down the runway or on the approach into land.
You May Also Like