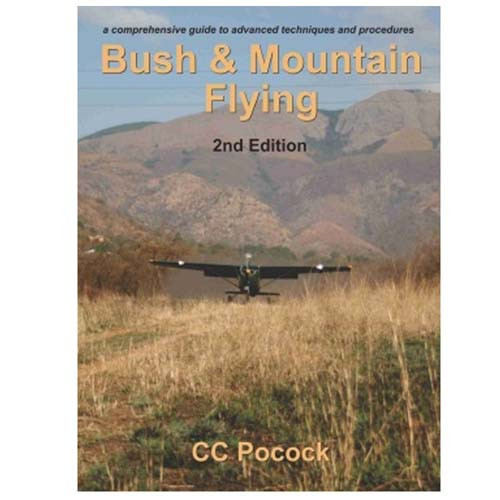 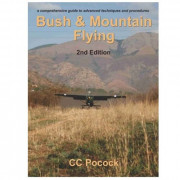 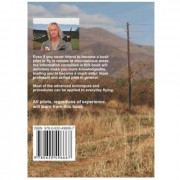 Code : 8444
Africa is so vastly different in so many ways. This book focuses mainly on highly advanced techniques and skills required to operate safely in remote and extreme conditions.
£36.70 Inc VAT

However, before reading this book any further, please read the Disclaimer and Warning, as most of the flying techniques mentioned in this book are of such an extreme nature that they should never be attempted by any poorly trained, non-proficient or inexperienced pilot.

Most people do not know the real meaning of the terms "Bush Flying" or "Bush Pilot". Many pilots believe that they are "bush pilots" merely because they have flown in a remote "bush" environment and landed on suitably maintained dirt or grass strips of an acceptable length in some standard airplane. Virtually any pilot with a fresh PPL can do that. You may have done some bush flying, but you may not necessarily be a bush pilot!

Bush flying is a term for aircraft operations carried out in remote, rough and inhospitable regions of the world. Bush flying involves operations in rough terrain where there are often no prepared landing strips or runways, frequently necessitating that bush planes be equipped with abnormally large tires, floats or skis.

Bush flying as it is known today originated in the Canadian and Alaskan tundra and eventually further South into the African bush, Australian outback and jungles of South America and Papua new Guinea. Originally started to provide logistics like food, medicine, and mail to isolated communities, bush operations grew rapidly to geological, wildlife and reconnaissance expeditions, hunting, climbing and hiking etc Bush flying has attracted many of the world's most famous aviators whose pioneering exploits helped push back the frontiers on some of the most inhospitable parts of the world.

A bush pilot is a person who is able to fly a light to medium size aircraft safely in and out of places that would normally be regarded by most other pilots as "marginal", "too dangerous" or "impossible". Generally these are area's that are inaccessible to most aircraft and other means of transportation. Furthermore, a bush pilot should be able to maintain and repair the aircraft and survive in the bush.

A bush pilot should have a thorough knowledge of the hazards of bush and mountain flying, have a higher than normal level of skill and judgment and be fully competent and proficient in the advanced techniques required to safely fly in these areas. The life-and-death nature of bush flying also means that bush pilots frequently resort to unorthodox and untested methods for accomplishing the job. Many common aviation practices where pioneered in bush flying.

Bush pilots must fend for themselves because they are so far from help. Critical skills range from survival to mechanical and electrical skills for airplane repair to hunting, trapping, shelter building and first aid.

Bush pilots need to know how to deal with common engine, airframe, electrical and avionics problems that may occur from time to time including important maintenance issues. When operating out in remote parts of the bush it may not be possible to get a qualified aircraft mechanic to assist you.