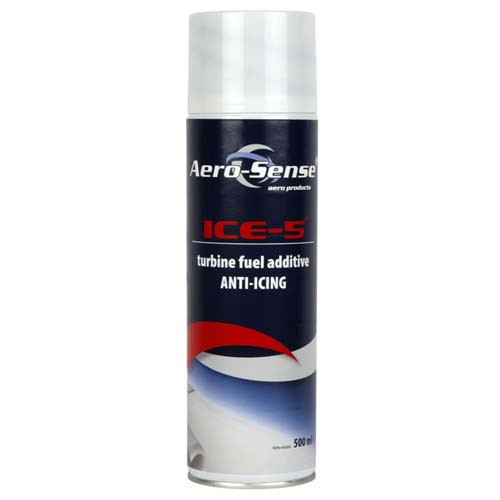 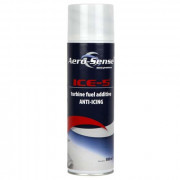 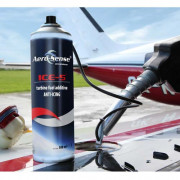 Code : 32104
ICE-5 is a fuel system icing inhibitor (FSII) : a fuel anti-icing additive for turbine fuel that works as a fuel icing inhibitor.
£19.13 Ex VAT (£22.96 Inc VAT)
ICE-5 is mixed in the fuel at rates of 0,10% up to 0,15% by volume. If the aircraft has no heating system for the fuel, small amounts of free water in the fuel can freeze and block fuel lines, filters and valves. Properly used ICE-5 will prevent icing of the water in the fuel system. A positive side effect of ICE-5 is inhibition of bacteria-growth in fuel tanks.FSII can be used in military aircrafts as well. Joint Service Designation : MIL-AL-41 fuel additive.

CertificationComplies with ASTM-D4171-03 and is produced according MIL-DTL-85470B, MIL-DTL-27686
ApplicationIt is very important to mix carefully the fuel with the icing inhibitors such as ICE-5 DiEGME! Just pouring the product in the tanks will result in insufficient mixing and separation of the inhibitor and the fuel. For direct addition at refueling, ICE-5 aerosols are very handy. The aerosols are delivered with a flexible tube and a clip for direct dosing in the stream of the jet fuel which is coming out of the nozzle. ICE-5 is usually mixed in the fuel at rates of 0,10% - 0,15% by volume.

Why should you use a fuel additive?A fuel system icing inhibitor is an additive to aviation fuels that prevents the formation of ice in fuel lines. Jet fuel can contain a small amount of dissolved water that does not appear in droplet form. As an aircraft gains altitude, the temperature drops and the jet fuel's capacity to hold water is diminished. Dissolved water can separate out and could become a serious problem if it freezes in fuel lines or filters, blocking the flow of fuel and shutting down an engine. ICE-5 fuel anti-icing additive controls icing in aircraft fuel by depressing the freezing point of water.

Why should you use ICE-5 fuel system icing inhibitor?Aviation authorized and approved ICE-5 fuel anti-icing additive is authorized by the ASTM standard D4171-03 for use in civilian jet fuels as a fuel system icing inhibitor and is produced according to the United States Armed Forces under Military Specification MIL-DTL-85470B and MIL-DTL-27686. ICE-5 is mixed in the fuel at rates of 0,10% up to 0,15% by volume. ICE-5 must be distributed evenly throughout the fuel. Simply adding ICE-5 after the fuel has been pumped is therefor not sufficient! For direct addition at refueling, ICE-5 aerosols are very handy. The aerosols are delivered with a flexible tube and a clip for direct dosing in the stream of jet fuel coming out of the nozzle.

How do you storage ICE-5?It is extremely important to store ICE-5 properly. Drums containing ICE-5 must be kept clean and dry, since the additive can absorb water directly from moisture in the air.