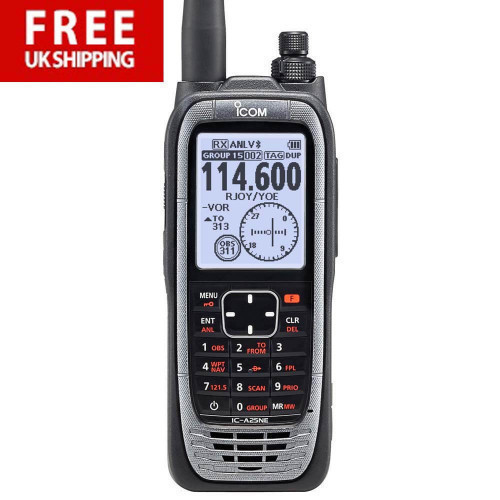 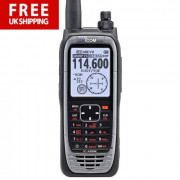 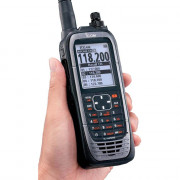 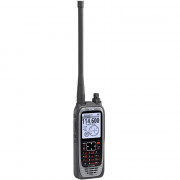 Free Transair Cockpit Bag worth £34.00 with every ICOM handheld Transceiver!

The CDI (Course Deviation Indicatoris detailed like a real VOR instrument, and displays any deviation from your course.

The OBS(Omni Bearing Selector) enables you to change course from the original flight plan.

The TO-FROM indicator shows the position relationship between your aircraft and the course selected by the OBS.

The ABSS (Automatic Bearing Set System) function enables you to set the current course as a new course in two simple steps.

Easy-to-use Interface Often used functions are assigned to the ten-key pad and you can directly access the desired function. The enlarged flat sheet keypad offers smooth and swift operation.

Flip-Flop Channel Recall
The IC-A25NE stores the last ten channels used. You can easily recall those channels by using the directional keys or the channel knob or the keypad. This is convenient for switching between several channels, such as NAV and COM channels. You can also freely edit (replace, delete, and change order) the stored recall channels). 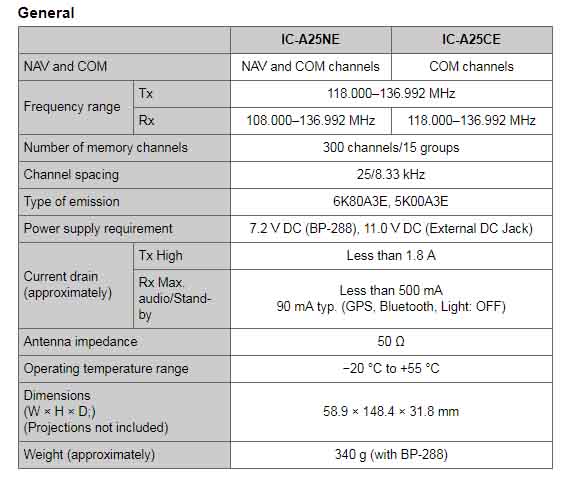 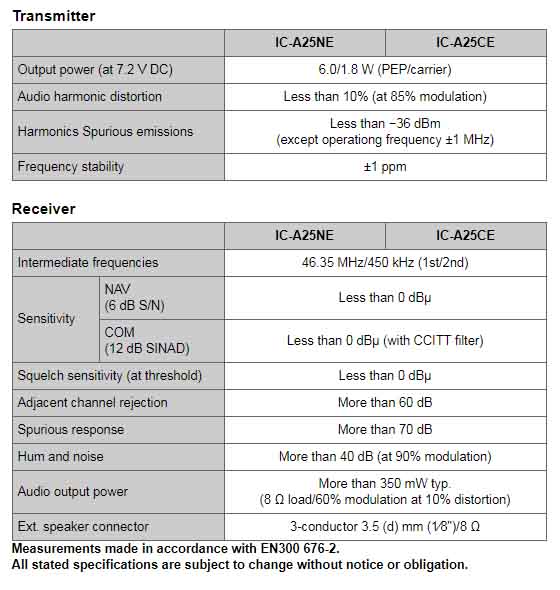